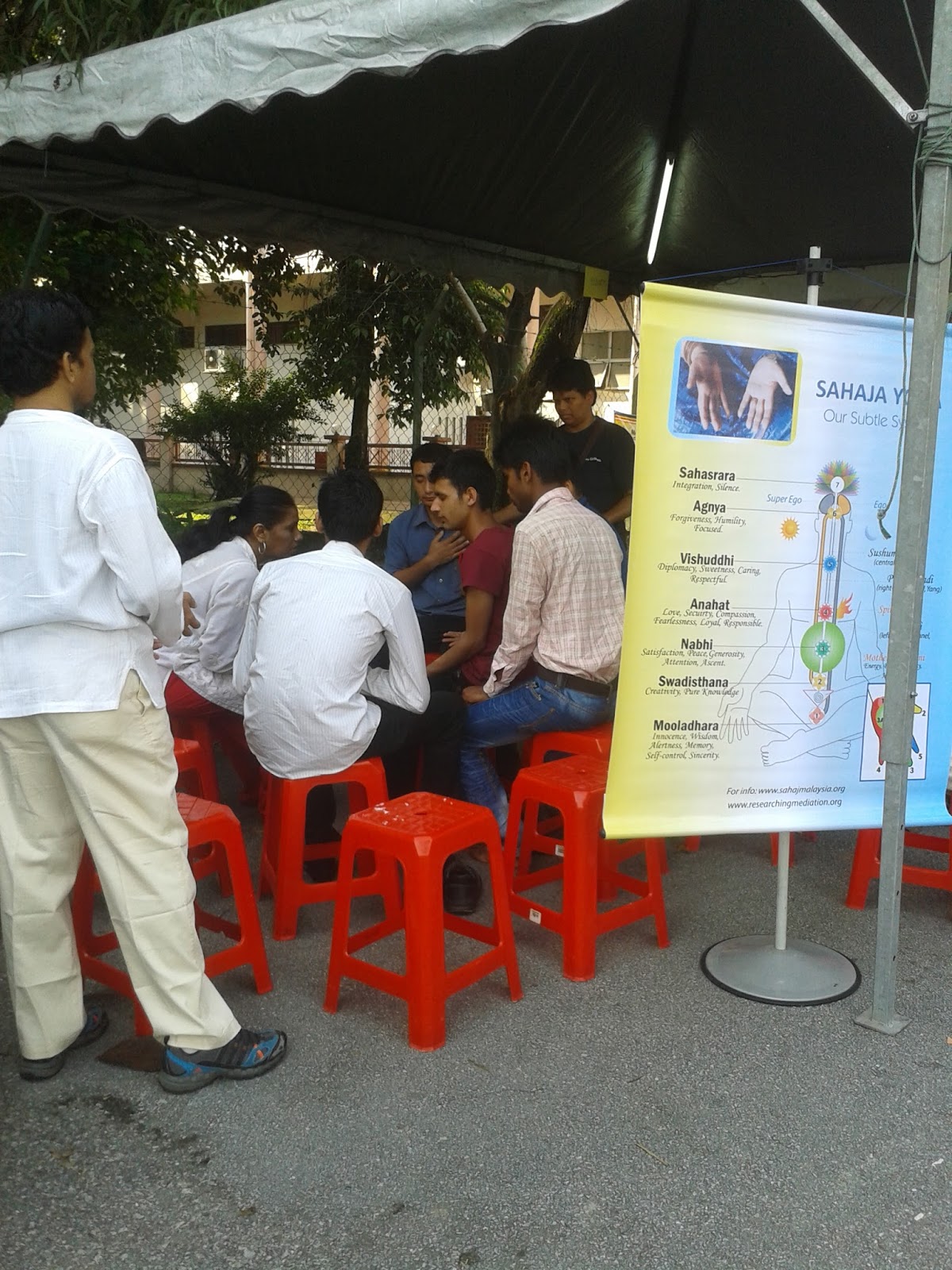 In conjunction with Wesak Day (Shri Buddha's Birthday), a few of us went to a nearby Buddhist temple and set up a booth to give self-realisation (SR).  Thankfully, the person who rented the booth has allowed us to share it with them.

We were there at 8am and found that there were already many people at the temple.  Most of them were rushing into the temple to join the morning prayers and overlooked our booth.

As they finished their prayers and made their way out, we manage to attract some seekers.

The last time I actually got involved with SR and talked to strangers about Sahaja Yoga were many years ago.  Since then, I got involved in singing at programs and spreading Sahaja Yoga through bhajans.

But yesterday, it feels so great to get involve directly.  What pure joy it is to explain to people what Sahaj is, kundalini awakening, self-realisation, about Sahaja Yoga.  An experience that left me feeling on top of the world.

I was a little nervous at the beginning, having not spoken to public for many years, but manage to just speak the truth and gave SR to few people.  It was such a gratifying experience.

Just spread Mother's word and do Her work and everything falls into place.
SR Prog