She survived the Japanese occupation but lost her twins (not sure whether girls or boys as she never wanted to talk about it).  She told me that her parents brought her here from China when she was a child and later she was matchmade to my grandpa.  She has 11 children, but 1 died in an accident when he was 17 years old.  My grandpa later married her sister and together they had a few more children.  All of them live on the first floor of a shophouse in Ipoh.  My grandpa (who died 20 years ago) was a contractor and was earning good money.  Unfortunately he spent it on women and gambling.  He had a third wife too and a few kids with her but I never got to know them.

When I was born, my grandma was my babysitter.  I don't remember much but just bits and pieces, here and there.  I remembered when I was 3 years old, in the middle of a meal, I will always have to go to the toilet to do big business.  My grandma is very supertitious and she said negativity is disturbing me and her remedy for it was to use a 'tudung saji' (a Malay word for a food cover made of rattan) and put it on my head while I am in the toilet and I was told that it worked.

When I was a young child, I dislike eating.  So, my grandma had a hard time feeding me and she would threatened me with a fork to open my mouth and chew my food.

Then when I was 5 years old, we moved out from that house we were living and my grandma moved to live with one of her other sons.  Then when I was in primary school, my grandma will occasionally stay with us to take care of us (me and my sister) as my parents have to work all the time and could not find babysitter.   By that time, her legs was giving her a lot of problems.  During this period, I remembered my grandma a bit more.

She loves to listen to chinese radio dramas which will be on at 12 noon.  She snored loudly.  She would also cook for us and one day she was making 'bak kut teh' for us and unknowingly she added a small packet of preservatives into it too.  Luckily we ate it and we were fine.  She loves to tell me stories, especially the time during the Japanese occupation.  If I have written down what she had told me, I can write a book.  It's always very interesting, how the ladies have to put soot on their face so that the Japanese soldiers cannot see how they look like and the ladies have to wear men's clothes so that Japanese solder will ignore them, how they survived on potatoes and if they are lucky, they get to eat porridge.  But there are also a lot of things which she won't tell.  I guess it's too painful for her.

This is the grandma I am associated with, the grandma that I have seen with my own eyes.  Unfortunately, I hear even more stories about her and most of the stories are unpleasant.  From young, I feel quite close to her.  Maybe because she raised me since a baby.  When I hear unpleasant stories about her, I will get a mixed feeling, especially when the story was told by your own mother.

As I grow older, I told myself that whatever happened between my grandma and her sons/daughters/sons-in-law/daughters-in-law, it has nothing to do with my generation.  The grandma I know is someone who loves to talk and has taken care of me.  I was even told that I was my grandma's favourite.

A few years back, her health started ailing.  She was unable to walk completely as her legs were too weak for her body and was confined to a wheelchair.  Her children could not take care of her anymore and sent her to an old folks home.  But she was still able to talk loudly and was as alert as anyone else.

One day, she decieded to give away her jewelleries to all her daughters, daughters-in-law and granddaugthers.  But due to a an old feud with my dad, she purposely did not inform my family about this gathering.  So, my family was left out completely.  We only found out about it a few months later when one of the relatives told us.  I was devastated.

How could my own grandma treat me like this?  I thought I was her favourite grandchild.  It is not like I wanted her jewelleries, but why so unfair?  I cried my heart out and was very sad for a few weeks.  Then I prayed to Shri Mataji, "Shri Mataji, verily You are my mother and my grandmother.  I forgive my grandma and I prayed that she will have peace in her heart."

My SIS (sisters in Sahaj) comforted me and told me that maybe because her life was so tough and she survived all this and that had made her a hard person.

Anyway, I have forgiven her.  I knew she had a hard life and right now it is even harder because she is getting older and health is failing.  As a Sahaja Yogini, we cannot hold hatred in our hearts and when I visited her at the old folks home, my heart goes out to her.  She still treats me like I am her favourite by telling everyone  'My Ah Yen came and visited me.'

Last year she was completely bedridden.  She was beginning to lose memories and finding it hard to recognise people around her.

My grandma is in the ICU right now, hospitalised for lung infection.  She dislikes the tubes in her nostrils that helped her to breathe and keep wanting to take it out.  She is still quite alert for a very short time and then she goes back to her daze and blurness.

I surrender to Shri Mataji.  I will accept whatever outcome. Que Sera Sera. I just want to pray that she have peace of mind and forgiveness in her heart. 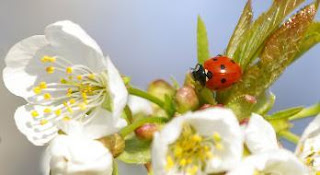